What is an Apostille and when do I need one?

An Apostille is a certificate that authenticates the origin of a public document (e.g., a birth, marriage or death certificate, a judgment, an extract of a register or a notarial attestation). The Model Apostille Certificate is reproduced at the beginning of this brochure.

Apostilles can only be issued for documents issued in one country party to the Apostille Convention and that are to be used in another country which is also a party to the Convention.

You will need an Apostille if all of the following apply:

An Apostille may never be used for the recognition of a document in the country where that document was issued – Apostilles are strictly for the use of public documents abroad!

An Apostille may not be required if the laws, regulations, or practice in force in the country where the public document is to be used have abolished

or simplified the requirement of an Apostille, or have exempted the document from any legalisation requirement. Such simplification or exemption may also result from a treaty or other agreement that is in

force between the country where the public document is to be used and the country that issued it (e.g., some other Hague Conventions exempt documents from legalisation or any analogous formality, including an Apostille).

If you have any doubts, you should ask the intended recipient of your document whether an Apostille is necessary in your particular case. 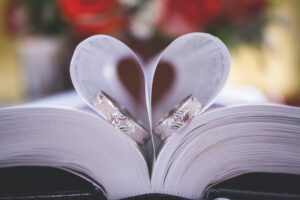 No Record of Marriage Apostille

The ‘no record of marriage document’ varies from state to state. Also called ‘single status statement’, ‘single status letter’, ‘failure to find marriage record’, ‘certificate of non-impediment’, etc., it is the single most important document if you wish to marry abroad.